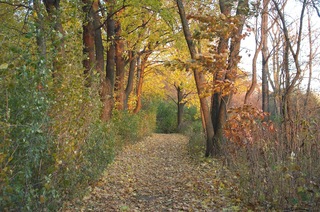 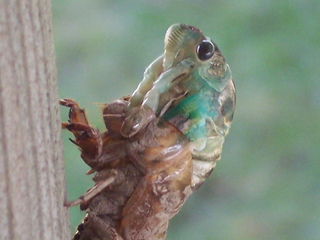 Author glimpsed emerging from the shell of his former self

Hello and welcome to my first-ever blog post! Woo-hoo!

I’ve never blogged before and have resisted it for much the same reason I’ve never been able to keep a diary – I’m not all that interesting to myself. Or really, because I’m lazy. The only daily writing routine I’ve ever been even modestly successful at has been when I’m in the midst of a novel and it’s going well. Those are the days when I can’t wait to get up and start writing. Those are the days – in fact – that I am awakened by the need to write. I’ll find myself bolt upright in bed, fumbling for my glasses, stumbling into my kitchen, turning on my word processor so I can jot down the brilliant solution to some novelistic corner I’ve backed myself into.

Those kinds of writing days are delirious, and marked by a sort of dominoes of ideas. I’ll jot one down, save, then go back to my morning routine only to stop and rush back, another juicy idea having popped into my head. If you’ve never jumped out of a shower to run still naked to your computer because something you’ve just thought MUST BE PRESERVED, well, then you’re probably a mentally stable and healthy individual, but you’ll never know the maddening joy that comes with being a writer.

So yeah. Blogging. I’m a little scared, but what the hell. It’s not like anything you put on the Internet hangs around forever. Oh, wait…

I think you're a more interesting individual than you say you are Dave. If if you really haven't done much, it's never to late to take a trip and meet new people and learn of new things that may spark the ideas a little quicker. Like a trip to Oregon or Arizona. Lots of stories and history that can easily be weaved into something compelling. I urge you to keep writing the blog when possible but write that next book much more. ;)

How exciting!! Love your choice of pic, Dave : )

Thanks, Dominic! You're right. Travel can be inspiring. When it was time for me to go to grad school, I went all the way to Fairbanks, Alaska. I've started writing about some of my experiences there which might become a book someday.